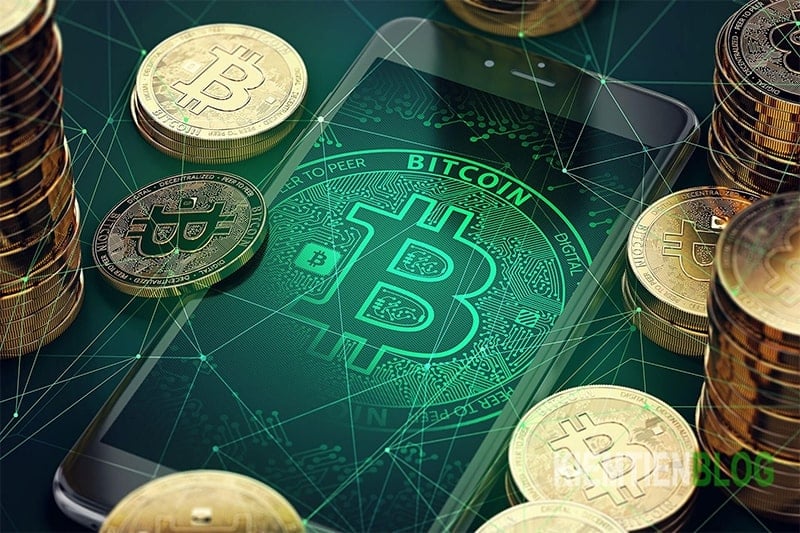 When the value of bitcoin is “increasing rapidly” it is also when hackers aggressively hunt for security loopholes to steal. Just make 3 common mistakes when hoarding bitcoin below, you are at risk of “losing” your huge fortune just because of a little mistake.

So what is the reason why your bitcoins are easily “evaporated” from your account? Let’s explore this secret with the top bitcoin “bosses”!

Why are your bitcoins easily stolen by hackers “for good”?

The point here is, just by accessing the Bitcoin wallet address, anyone can see how much money is left in the wallet, more or less. If you have huge amount of money in your bitcoin wallet, it will definitely be easy to “fall into the sights” of hackers.

Second, after accurately locating Bitcoin wallets with “huge amounts of money”, hackers quickly use quantum computer systems to detect passwords of their own invention to find privacy security keys. From there, they easily access the wallet, conduct transactions, buy – sell, transfer to appropriate existing bitcoin coins in the wallet.

Third, once bitcoins are stolen, you lose them for good. Because bitcoin transactions are anonymous transactions. This means that you can receive or transfer money to an account based on random numbers but not know who the account holder is. This has become a “double-edged sword” that makes bitcoin wallet owners “powerless” to trace the amount of money that has been appropriated by hackers.

This is a common mistake when hoarding bitcoin that many people make. Because this type of wallet is easy to register and there is no fee in the process of hoarding coins. Moreover, the features of online wallet are extremely easy to use, very convenient for trading, buying and selling bitcoins. However, it is these advantages that become “super big holes” for hackers to attack easily.

Hackers can use the internet you are using to break the security firewall. From there they quickly found the Bitcoin wallet security key. In particular, people who use the public internet to access bitcoin wallets are at a much higher risk of having their security keys stolen.

To keep their precious bitcoins safe, many people have decided to deposit their bitcoins to a third-party storage bank. These units have specialized software that stores bitcoins. bitcoin wallet addresses and security keys. This is like you are depositing your money in the bank, asking the bank to keep it for you.

However, banks are still robbed, right? Like hackers, they do not easily “give up the bait” because of these third-party software. Immediately, third-party exchanges became quickly targeted by hackers. Secure ciphers are under constant attack. And the protection system is not as strong as you think.

History proves it: many third-party exchanges have been mercilessly knocked down by hackers. And from here, your money in the wallet is still lost as usual.

In the world, many billionaires have lost a “huge” amount of bitcoins just because they forgot their wallet password for a minute. When accessing the bitcoin wallet exceeds the allowed number of times, the system automatically locks the wallet permanently. In the end, many can only watch their vast fortunes disappear helplessly.

Up to now, you must be very confused, right? Because anytime, anywhere, the bitcoins in your account can be at risk. So how to safely store bitcoins? Please read the next part slowly!

How to solve common mistakes when hoarding bitcoins?

You know, your bitcoin wallet address is public and the money in your account is always in the spotlight. That is inevitable. What’s more, your memory is limited. In the process of changing your bitcoin password, if you accidentally forget it, you will also easily lose your bitcoins.

But don’t be disappointed or worried! We always have a solution to every problem. It is a secure password management for bitcoin wallets with multi-layer protection, blocking the intrusion of hackers. But how?

The answer is to hoard bitcoins in cold wallets. This is a wallet that is able to completely block the risk of losing bitcoins:

– All bitcoin transactions on cold wallets are done offline, completely without internet connection. Thanks to that, it will be difficult for Hackers to trace your password.

– When you forget your bitcoin wallet login password, today’s smart cold wallet systems have a password recovery mode with the command that you have installed before. So you won’t have to worry about forgetting your password, or watching your bitcoin vault disappear.